Home » Newsroom » Blog » Chiropractic and Dance: Protecting and Enhancing the Potential of the Human Body

Chiropractic is widely respected in the world of dance. Just like professional football or baseball players, dancers use chiropractic care to keep their bodies feeling pain free and able to perform at their full potential. The American Chiropractic Association (ACA) just happens to have two members who are former dancers now studying to become doctors of chiropractic while also serving on the Student American Chiropractic Association (SACA) National Board. These are the unique journeys of James Walters and Holly Stephens, and how their experiences as dancers led them to pursue a career in chiropractic.

When he was only eight years old, James Walters began his career in dance through participating in it as a summer activity. He was intrigued by the opportunity to travel to places such as Disney and Las Vegas to compete with other teams and individuals across the country. “I eventually developed a passion for entertaining people and making them feel happy, providing them with a place where they could forget about stress and just have fun,” he said. By the time he was 17, James was a professional ballet dancer.

James earned his undergraduate degree in dance from the University of Buffalo. He danced for various dance companies over the years in addition to freelancing for different organizations across the country. He has experience with many styles of dance, though he found the most opportunities as a ballet dancer. In time, this led him to perform in Chicago in front of more than 20,000 people, and before he knew it, he was sailing around the globe with Princess Cruise Line to perform for people from all over the world. 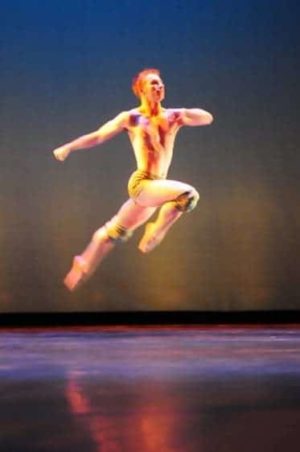 At one point in the midst of his dance career, James suffered an overuse injury and his director at the time referred him to a chiropractor who had experience working with a variety of athletes. At his very first visit, James’ doctor sat down with him for more than an hour, gathering information about the cause of his injury and explaining the proposed treatment plan and techniques that would be used to relieve his pain.

James’ doctor was extremely thorough in making sure he was providing him with the best care possible. Throughout the course of his treatment, he never stopped dancing, and recovered fully within four weeks of beginning treatment. He continued to see his chiropractor regularly to keep his body functioning at its highest potential and to prevent future injury.

Throughout his career as a professional dancer, James learned a lot about his body and its potential, including the physics that are at play, body awareness, and interacting with others. He always knew he wanted to go back to school after dance to earn an advanced degree, but he was unsure of what to study. After the memorable experience with his chiropractor, he decided that a chiropractic degree was a great opportunity to help those in his community and treat injuries just like the one he experienced during his dance career. “Dance is all about movement and my background in dance gave me insight about how the body moves, which is something I’m very comfortable with now when looking at patients and determining the source of their pain,” he said.

James has been an ACA member since his very first trimester at New York Chiropractic College (NYCC) in 2016. He is currently a 9th trimester student completing clinical rotations in Buffalo Depew Health Center and serving as National Chair of the Student American Chiropractic Association (SACA). James has always been very involved with and passionate about politics and believes that if you’re going to get involved in something, you should give it your all. James is thriving in his current leadership position thanks to his experience within various dance companies and his vision for SACA, which includes increasing integration with SACA and NextGen, creating a digital arm of SACA in order to benefit students and doctors alike, and educating SACA members on cultural competency and community interaction, among other things.

Though his career as a professional dancer has come to an end, James continues to work in the industry by teaching stunt scenes and coordinating and choreographing different performances in New York through multiple leadership roles. He is grateful for the time he spent dancing for Princess Cruise Line as one of the very few Americans in the cast. The people he met along the way and the different cultures he was introduced to were especially memorable, as well as the opportunities to explore different places, including every country in Europe and the Caribbean and many in Asia and Africa.

Growing up, Holly Stephens always admired her older sister and wanted to be involved in everything she did. Therefore, as soon as she turned two years old, her parents signed her up for her very first dance classes. Throughout Holly’s childhood, her family was always asking if there were any other sports she was interested in, but she had found a passion in dance and decided to put all her energy into it.

“Dance was a passion I found young, and I am grateful every day for the sport that taught me commitment, sacrifice, teamwork, how to lose, how to support others’ wins, and how to win.” – Holly Stephens

From the time she learned to walk until she graduated high school, Holly trained in tap, ballet, jazz, lyrical, hip hop, music theater and gymnastics. She also taught dance classes for five years and competed on an all-star cheerleading team for two years. “Dance was a passion I found young, and I am grateful every day for the sport that taught me commitment, sacrifice, teamwork, how to lose, how to support others’ wins, and how to win,” she said. “These are life lessons that I feel are best learned when you have a passion and can really let that passion shape you.”

Though her dancing career was full of positive experiences, Holly suffered from chronic neck pain due to the pirouettes involved in her styles of dance and visited her chiropractor regularly to alleviate her pain. Her fellow dancers did the same for a variety of injuries, including chronic rib pain with symptoms of thoracic outlet syndrome and a strained adductor. Many of her friends also went to the chiropractor solely for wellness visits in order to keep their body moving efficiently. 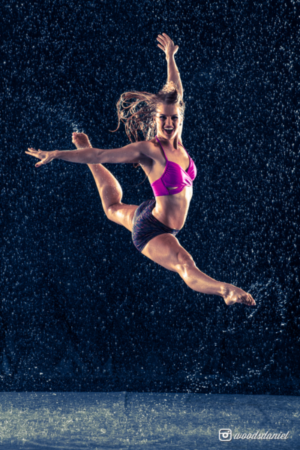 Like other types of athletes, Holly found herself in pain frequently, and says her chiropractor made a huge impact on her dancing career. When it came time for her to decide what she wanted to study in school, her fascination with the movement of the human body and its potential inspired her to earn her undergraduate degree in kinesiology. “I always knew I wanted to help people, and the conservative approach and wholistic aspect for chiropractic drew me in and never let go. The body has always fascinated me in everything I could push it to do as a dancer. Chiropractic just seemed like the natural path for me to take,” she said. Holly is currently a 10th term chiropractic student at Southern California University of Health Sciences and serves as the SACA National Legislative Vice Chair.

Through her 20 years of dance experience, Holly learned a lot about the mind-body connection and the power of mentality when it comes to body movement and endurance. She also learned the benefits and pitfalls of muscle memory, which help her a lot when treating patients because she has experienced firsthand how easy it can be to slip back into an old habit while working to create a new muscle pattern.

Holly’s experience as a dancer presented her with many unique opportunities, including competing against other individuals and teams in regional and national competitions, performing at California State Fullerton home basketball games, and bringing home the gold medal at the United Dance Association’s national championship all four years she was on the team. She was also a “Discount Dancer” in a State Farm India commercial, where she got to wear a wig and immerse herself in the India/Bollywood culture for a short time. (Note: Throughout most of the commercial, Holly is the dancer in the front on the left, and at the end she is in the back on the right.)

Holly is grateful for every opportunity she had as a dancer and for the opportunities still to come as a doctor of chiropractic. She will miss the expression she was able to release when she stepped into the dancer mentality–using dance as a way to escape from the real world and speak with her body rather than her words. Dance will always be her passion, but she has found a new passion in chiropractic and looks forward to all the places this journey will take her.

Sienna Shoup is an associate in the ACA communications department. She can be reached at [email protected].