On Sept. 6, 2018, the U.S. Senate unanimously passed H.R. 302, the “Sports Medicine Licensure Clarity Act of 2017.” The legislation, also referred to as “Travel to Treat,” would ensure that sports health professionals are covered by their malpractice insurance while traveling to another state with athletic teams. 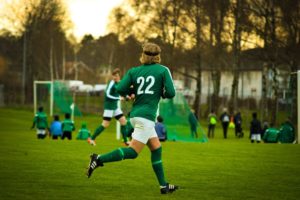 For years, chiropractors and other sports health practitioners traveling outside of their states to provide care for athletes were often left uncovered by their medical malpractice insurance, largely because of jurisdictional issues. This untenable situation placed these professionals in a position where treating injured athletes often posed great legal and financial risk; if they were sued for malpractice, not only could their home state license be in jeopardy but their malpractice insurance may not cover them.

Congress, in recognition of the need to correct this glaring coverage issue, stipulated that health care services provided by a covered “sports medicine professional” to an athlete, athletic team, or team staff member in a secondary state outside that professional’s state of licensure will be covered by the appropriate medical malpractice insurance provider.

As lawmakers drafted this legislation, the American Chiropractic Association worked to ensure that doctors of chiropractic, along with other providers, were included in the bill’s final language. The initial iteration of the bill would have excluded chiropractors from this initiative. The bill awaits final approval in the U.S. House of Representatives, at which time the President is expected to sign it into law.

Jack Dusik is senior director of federal government relations at the American Chiropractic Association. He can be reached at [email protected].